During the season of Epiphany, we reflect upon Jesus, the Light of the World who has been revealed to us. We spent the season of Advent anticipating the coming King, and now the King has come! As we consider the King who came, I’d like to examine a passage where one aspect of Jesus was revealed to us – the Baptism of Jesus.

“And when Jesus was baptized, immediately he went up from the water, and behold, the heavens were opened to him, and he saw the Spirit of God descending like a dove and coming to rest on him; and behold, a voice from heaven said, “This is my beloved Son, with whom I am well pleased.”

God reveals to all the listeners present, and to all of us who read these words, that Jesus was his Son – his beloved Son, with whom God was well pleased. The root of the word “beloved” in this passage is the form of love that in Greek is called agape, which is the highest form of love.

One thing to note about this passage is that we are clearly told that all three Persons of the Holy Trinity are named as being present here. The Father is speaking, the Son is in the waters, and the Spirit is descending like a dove. The Trinity is very hard for us to understand, but one thing we can understand is that the Trinity is the purest demonstration we have of agape love. The divine fellowship of Father, Son, and Holy Spirit are all eternally delighting in each other.

Don’t we all want to we are completely loved and delighted in? Of course we do. This is wonderful.

However, this passage contains a tricky problem as well. Just a few verses before this, John tells those present that he is baptizing people for repentance (v. 11). And in that very same verse, he predicts the coming of the Holy One that John isn’t worthy to even touch his shoes. However, Jesus them comes to John to be baptized with the baptism of repentance, and this baffles John as much as it baffles us! Jesus doesn’t need to repent!

But when John protested that he shouldn’t be baptizing Jesus, Jesus told him, ” Let it be so now, for thus it is fitting for us to fulfill all righteousness” (v. 15).

Let me explain this using a quote from C.S. Lewis’ Mere Christianity:

Fallen man is not simply an imperfect creature who needs improvement: he is a rebel who must lay down his arms. Laying down your arms, surrendering, saying you are sorry, realising that you have been on the wrong track and getting ready to start life over again from the ground floor– that is the only way out of a “hole.” This process of surrender–this movement full speed astern–is what Christians call repentance. Now repentance is no fun at all. It is something much harder than merely eating humble pie. It means unlearning all the self-conceit and self-will that we have been training ourselves into for thousands of years. It means killing part of yourself, undergoing a kind of death. In fact, it needs a good man to repent. And here comes the catch. Only a bad person needs to repent: only a good person can repent perfectly. The worse you are the more you need it and the less you can do it. The only person who could do it perfectly would be a perfect person–and he would not need it.

Jesus enters into our humanity, and he bears ALL of it. By bearing our sin and repenting perfectly on our behalf, Jesus also enabled us to become the beloved of God. We have been ushered into that marvelous fellowship of delight and agape love through the work of Jesus Christ, who “fulfill[ed] all righteousness” (v.15) for us.

Jesus’ first miracle at a wedding in Cana of Galilee

In the season of Epiphany, we celebrate the glory of God in the revelation of the plan of salvation through his son, Jesus Christ. The Apostle John weaves a wedding theme throughout his writings to help us understand Jesus as a glorious bridegroom who delights in his bride the church. We first see a glimpse of his glory with Jesus’ first miracle at a wedding in Cana of Galilee.

Following John 2 and the very first miracle at the wedding in Cana, turn to John 3, where John the Baptist describes himself as a the “best man” who announces “Here comes the groom!” Then in John 4, Christ uses the Samaritan woman at the well’s series of failed marriages to demonstrate her need for the love of of the true groom, a love that will ultimately satisfy her deepest longings. In John 14, like a bridegroom, Jesus promises to come to claim his Church (bride) and take her back to live with him forever in the home that he has prepared for her with his father.

Finally, in the Book of Revelation, chapters 19 and 21, John envisions the wedding day as the Church, the beautifully adorned Bride of Christ, loved, purified, and perfected by him forever is married to her beloved savior and husband.

When it comes to weddings, timing matters, and the Bible assures us that Jesus is working out his perfect timing of his marriage to his bride. He promises abundant life, beyond all we can ask or imagine, just like he saved the best wine for last in his wedding miracle! He promises living water overflowing out of our souls. What a glorious bridegroom!

Our response in all this is to trust him, to give him our lives and believe in him as the one who will ultimately satisfy all the longings of our hearts and ultimately unite his church to himself in glorious consummation at the end of the ages. 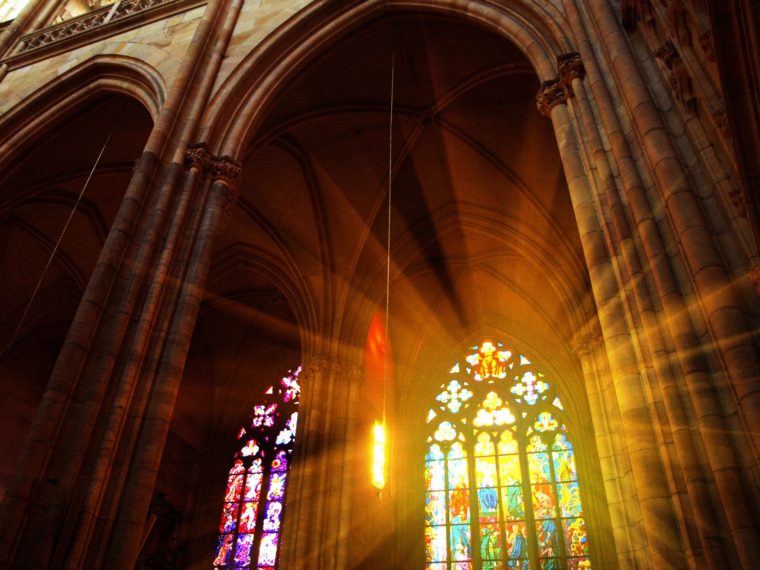 William Phelps taught English literature at Yale for forty-one years until his retirement in 1933. 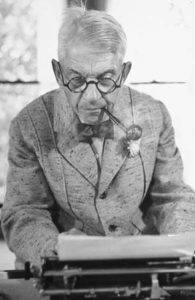 Marking an examination paper shortly before Christmas one year, Phelps came across the note: “God only knows the answer to this question. Merry Christmas.” Phelps returned the paper with this note: “God gets an A. You get an F. Happy New Year.”

In the Apostle Paul’s letter to the Church in Ephesus, he marvels in what he describes as the “mystery of God’s will”. A mystery is something that “God only knows”.

We all love a good mystery. Mysteries have tremendous power; the unknowns keep us engaged and drive us to seek a resolution to the mystery. As in any good mystery, with the big reveal, we learn who did it and how.

The story of salvation is in many ways an unfolding mystery. There are certain things that we know and have clues about from God’s revelations to Abraham, Moses, David and the Prophets of the Old Testament. God gave a lot of clues.

The Apostle Peter tells us that we now know things even the prophets and angels of God longed to see:

It was revealed to them that they were serving not themselves but you, in the things that have now been announced to you through those who preached the good news to you by the Holy Spirit sent from heaven, things into which angels long to look (1 Peter 1:12).

The people of old knew that God had a plan to save the world. They knew that central to the plan was the nation of Israel, and specifically a Messianic king who would be in the line of King David.

But, as Paul writes, there were certain things about the story of salvation that remained hidden in the councils of God until the big moment of revelation. The big reveal is called the Epiphany!

First: who? Who will be the Messiah? We now know that Jesus Christ, the incarnate son of God, is the one who will save the world. No one would have expected that a carpenter’s son from Nazareth would amount to much. Yet everything now points to him and his birth, ministry, death and resurrection.

The big reveal is that Jesus is the Way, the Truth and the Life, and no one comes to the Father except by him ( John 14:6).

How will God save the world? We now know from the big reveal that through the proclamation of the Gospel message about Jesus’ life, death, and resurrection, God will convert the hearts of the people of this world. He will liberate them from the powers of death and darkness, save their souls, and grant them eternal life.

As with any epiphany we can be surprised and shocked at the way things turn out. Who could fathom the sheer magnitude of the salvation of God as he converts the people of the world to Jesus? The Lord continues to surprise and amaze!

You and I have the tremendous privilege of knowing the big reveal to life’s most intriguing mystery. God has shown us how he will save this sinful and fallen world, and who has accomplished it. This is a revelation that is too important to keep hidden and secret. Our privilege, duty and calling is to make known the mystery of the will of God to a world that desperately needs to see the light of the Gospel.

If you would like to receive updates to my blog to your email, please sign up below and I will send you a link to a free copy of my ebook, "The Reformer: God's Leader for a Broken World." Thank you for subscribing!